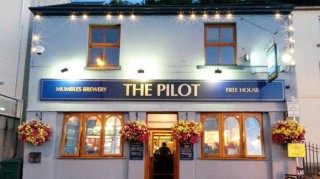 The Pilot in the Mumbles has been voted the Welsh pub of the year in the CAMRA awards for 2014. Have you already enjoyed a tipple or two at this award winning public house?

The old stomping ground of Dylan Thomas and the location of the best ice cream in Swansea, the Mumbles, is now proud to boast an award winning pub! The Pilot, in the Mumbles, owned by Richard and Jo Bennett, has won the Campaign for Real Ales and will now compete against 15 other regional pubs to become the UK pub of the year.

The big award will be announced in February 2015, so why not pay the 165 year old pub a visit as they prepare?

The Pilot Inn opened in 1849 and was named by its owner, Sam Ace, after the valiant fishing boats that led big ships out to see through the choppy Swansea Bay waters.

The Pilot has had somewhat of a makeover recently. Before the present owners bought the public house it had been boarded up for months in need of a loving revival and some TLC from an enthusiastic new landlord. 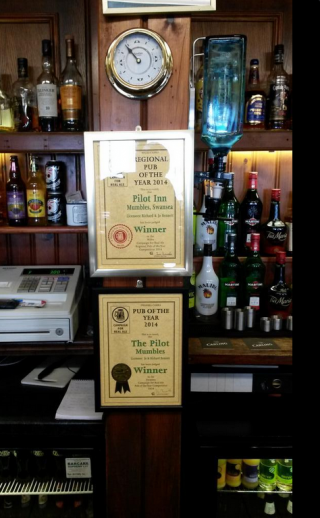 Now in 2014 there are great craft beers, cask ales and fine wines on offer, as well as there being free Wi-Fi in this dog friendly pub. Enjoy some classic pub favourites of crisps and nuts, but make sure to try one of the hand crafted ales made on site, while taking in the sea view!

Some of their brews are a bit different – they’re made with essence of oyster, in an attempt to revive the traditional industry of the area.

“We judge pubs not just by the beer they serve but also by the atmosphere, the community spirit and the welcome you get when you walk in the door. The Pilot excels in all these and that’s why it’s Wales’ pub of the year.”

The Pilot has also been named one of the top pubs in Britain in the 2015 Good Beer Guide, and is ranked as the number one place for nightlife in Swansea on TripAdvisor.

While down in the Mumbles why not enjoy a meal at one of the area’s best restaurants, or if you’re in Swansea with a group of friends try your luck at the Mumbles Mile and end up here at the brilliant Pilot. Have some fun! Your warm and cosy room at the Dragon Hotel will be ready for you on your return.